DECORATION OF THE MODULES
Daniel Martin

Thanks to Nanterre-Amandiers, Centre dramatique national

The company *Melk Prod. benefits from a joint support agreement with the City of Geneva, the Canton of Geneva and Pro Helvetia, Swiss Arts Council. 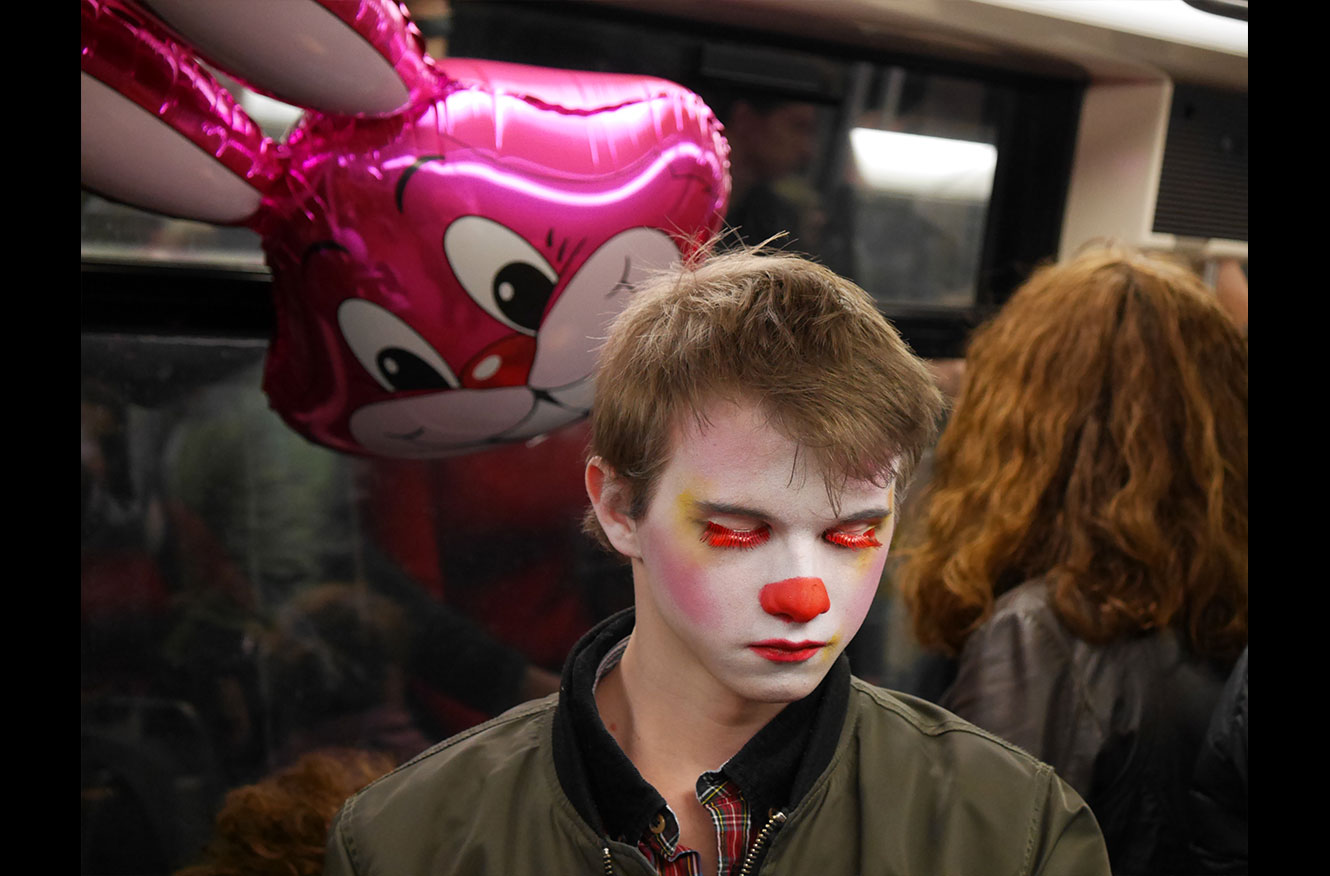 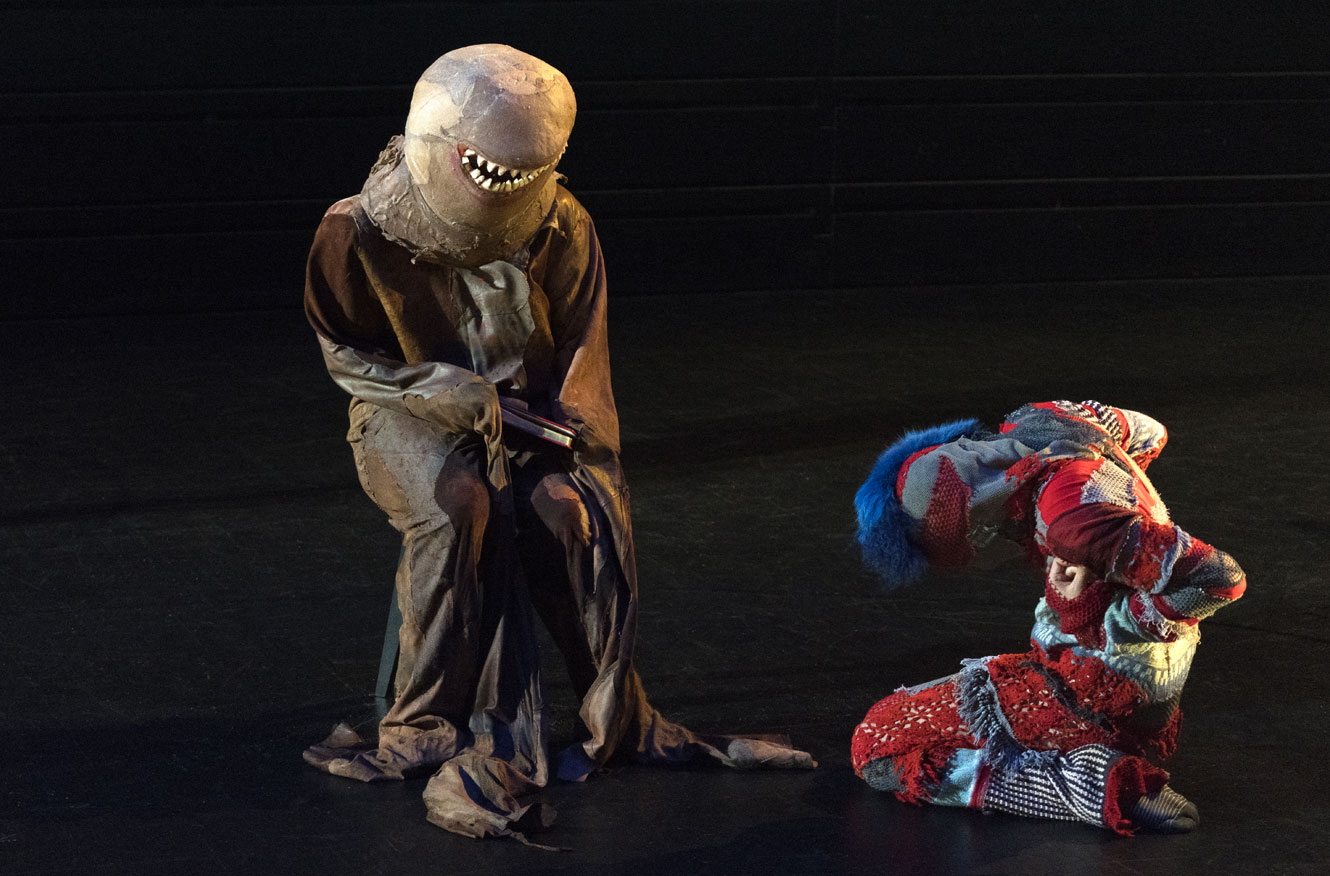 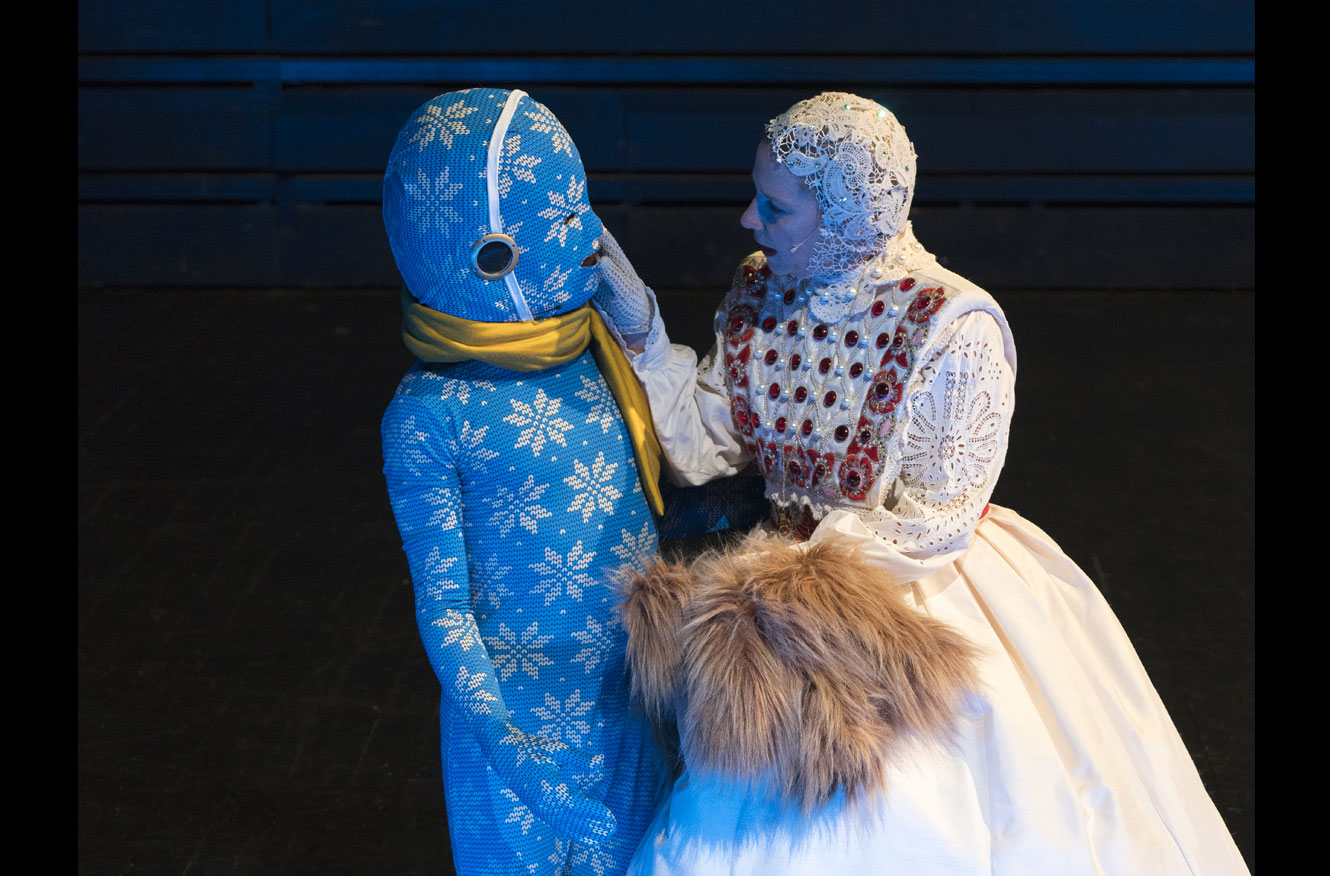 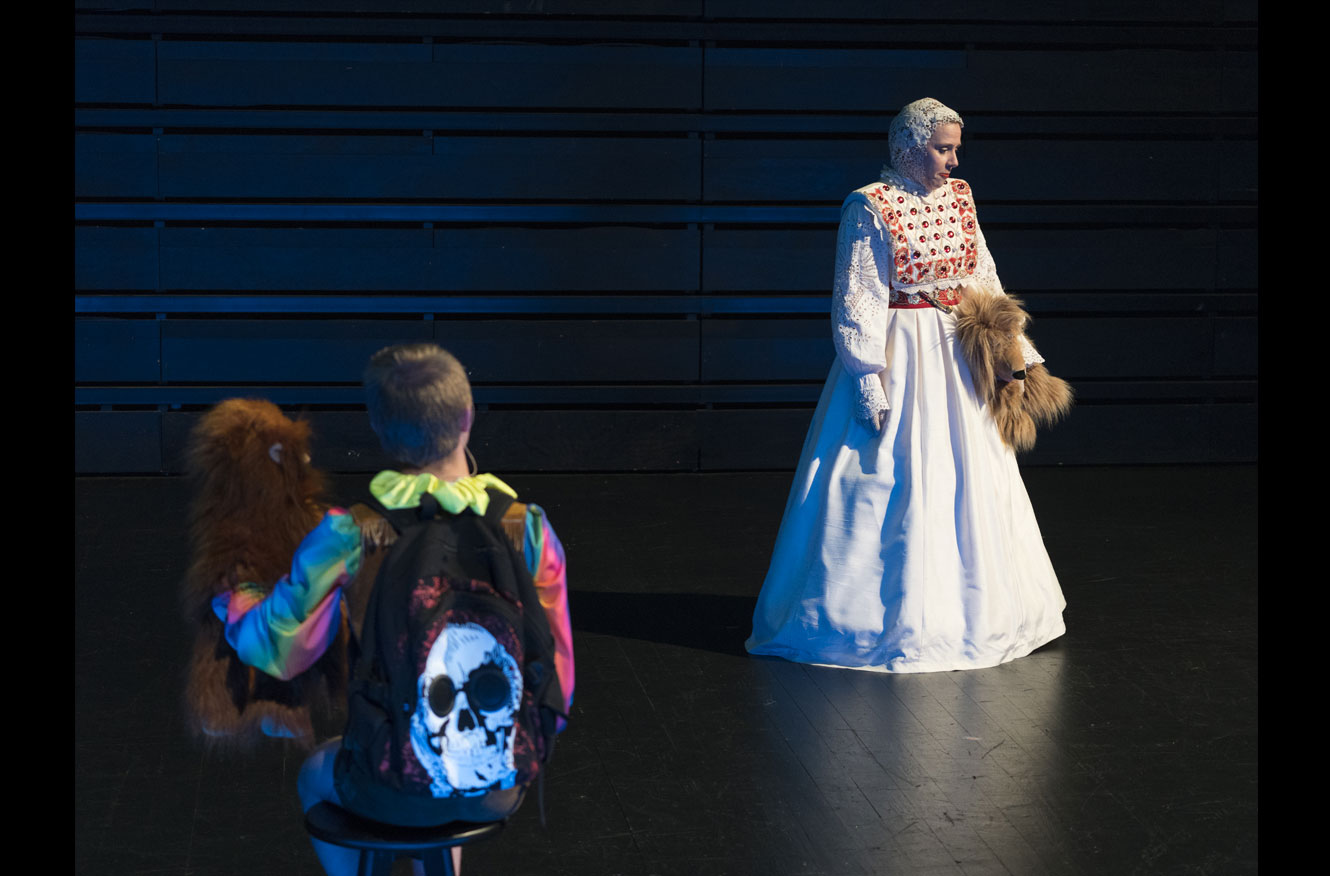 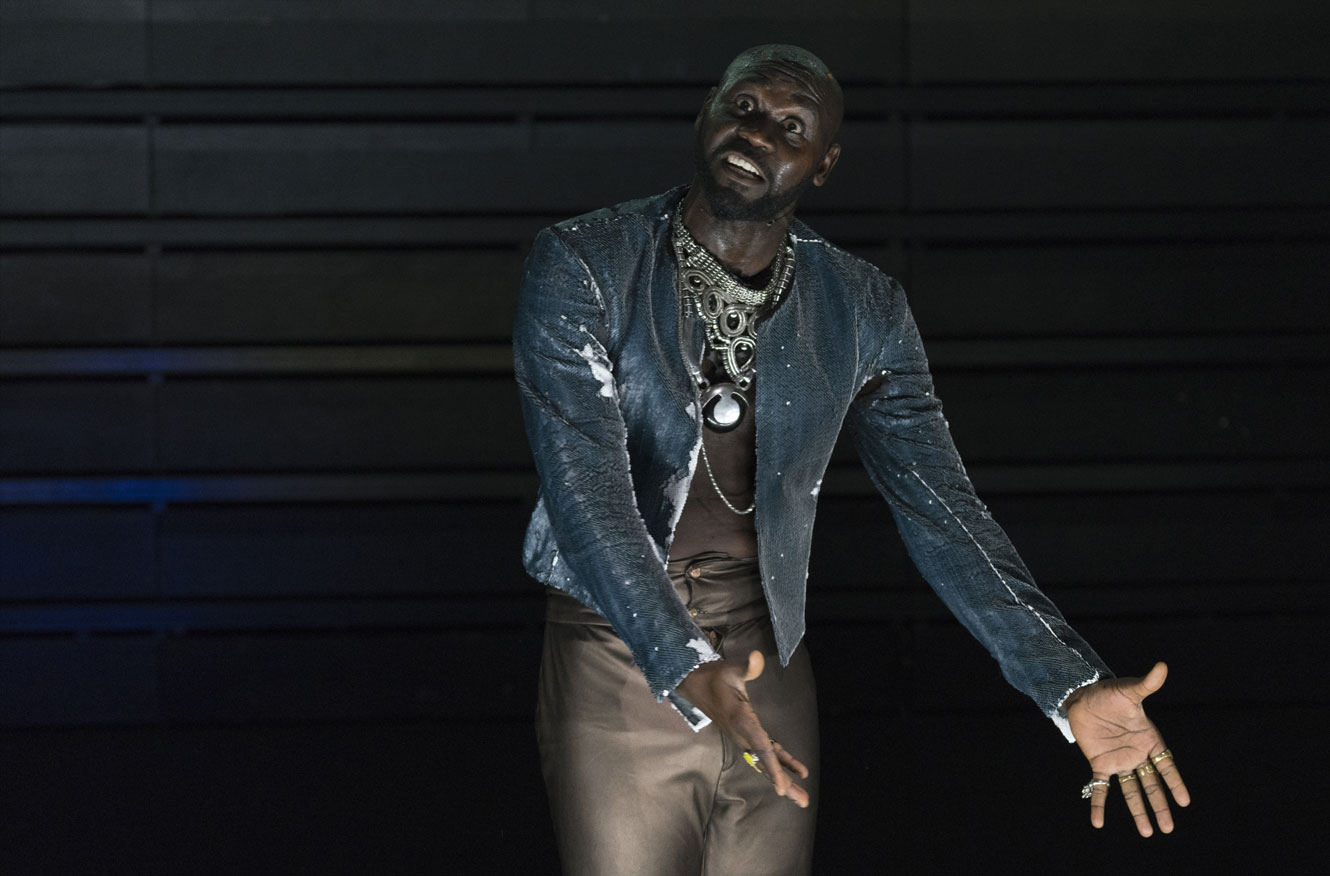 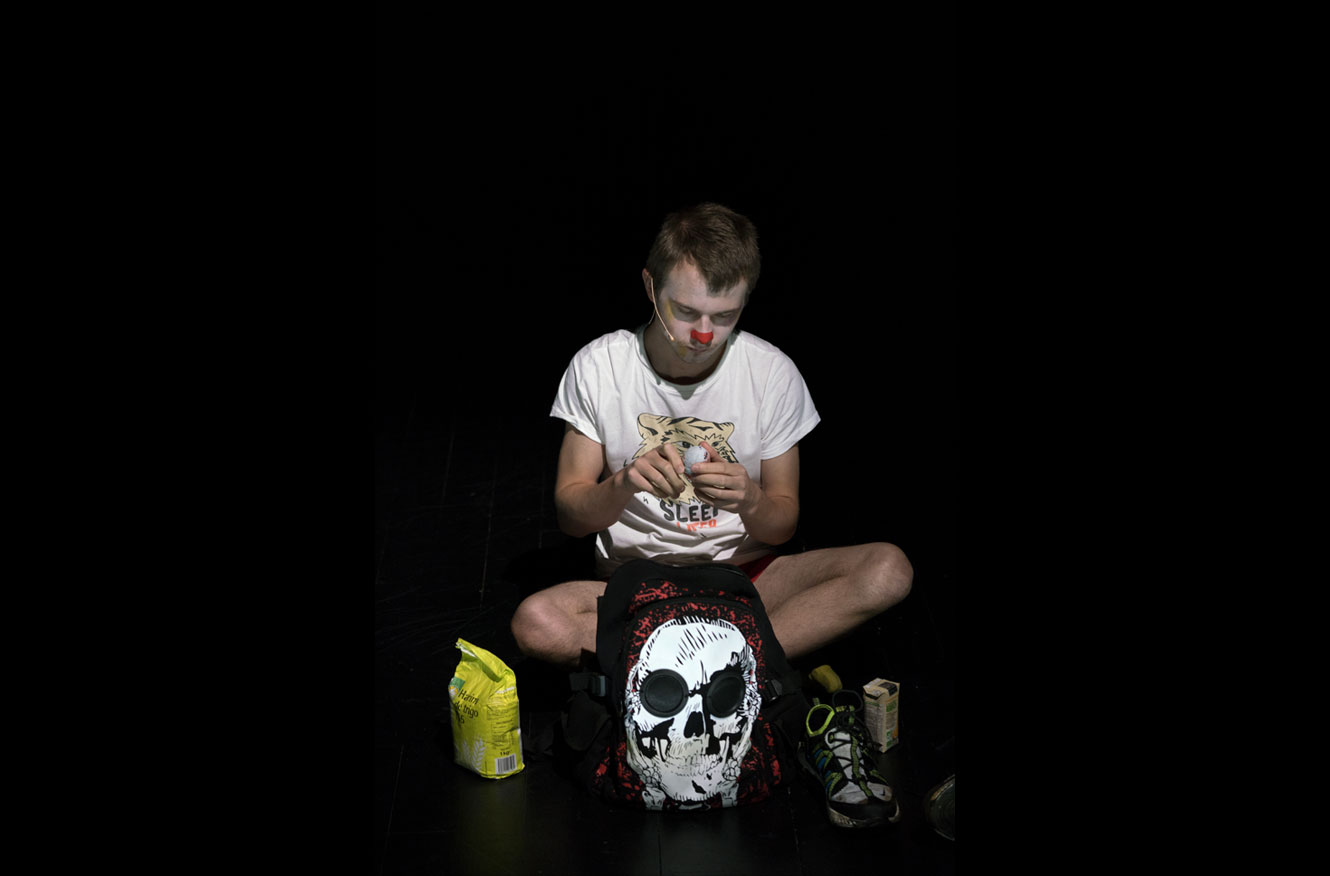 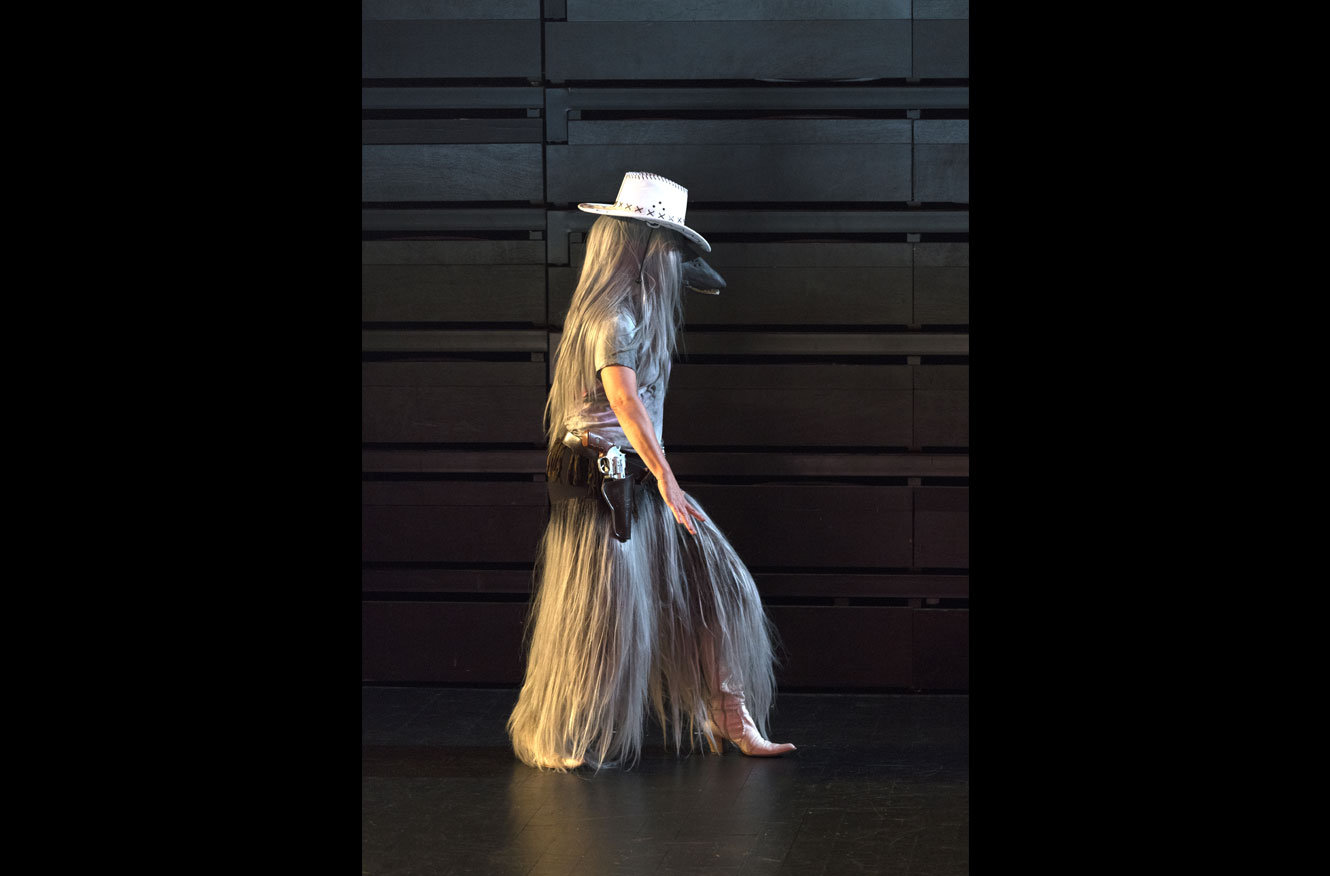 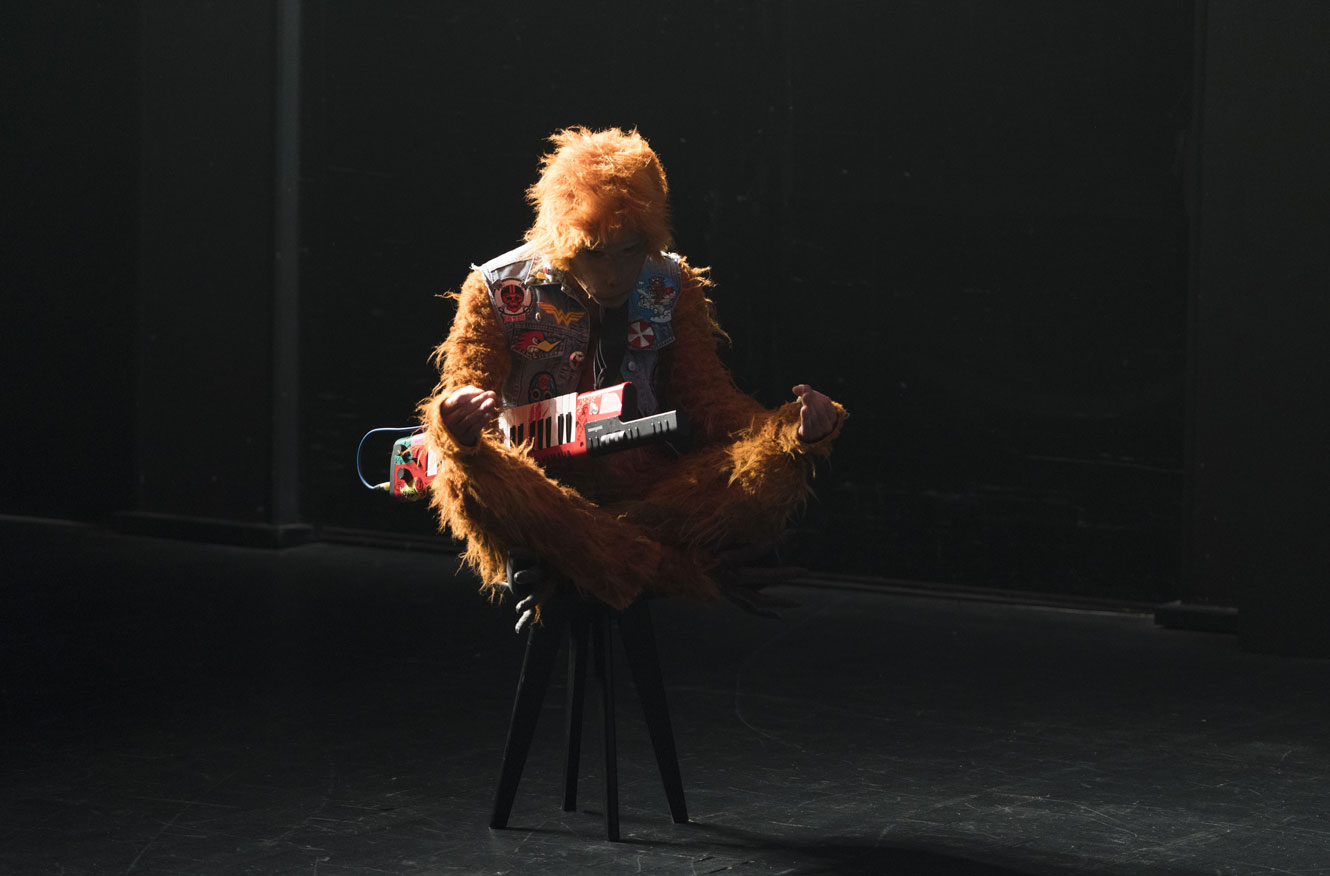 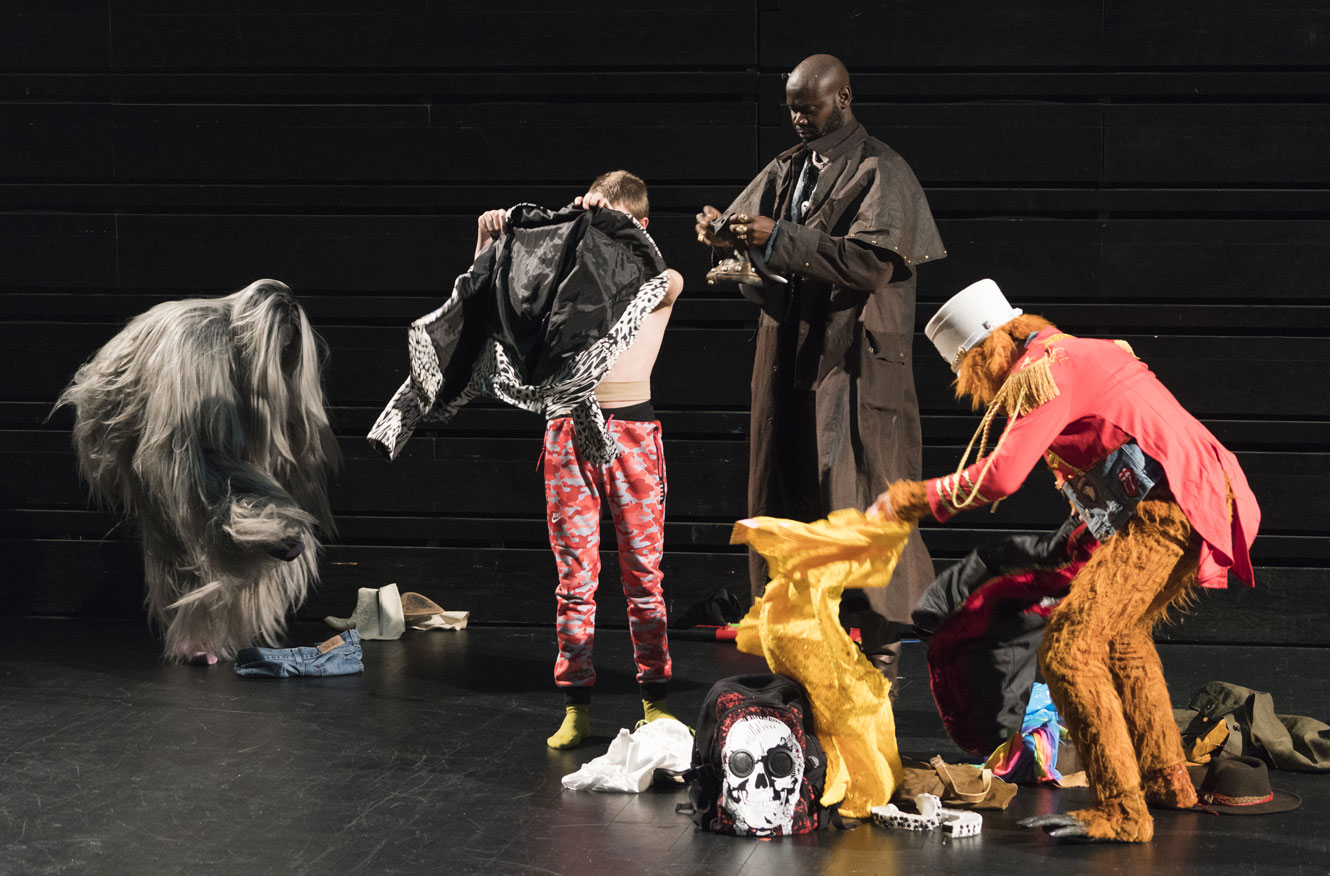 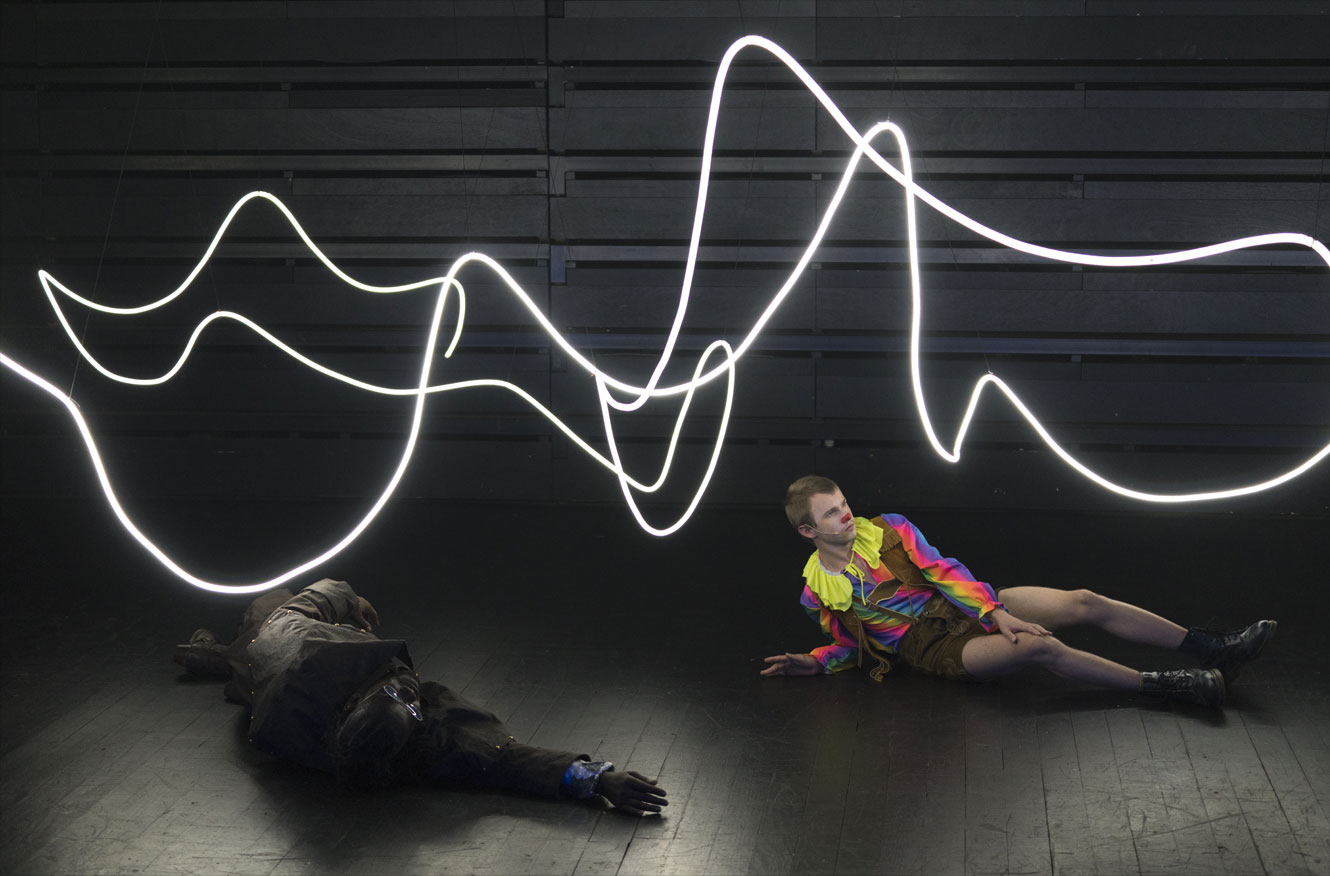 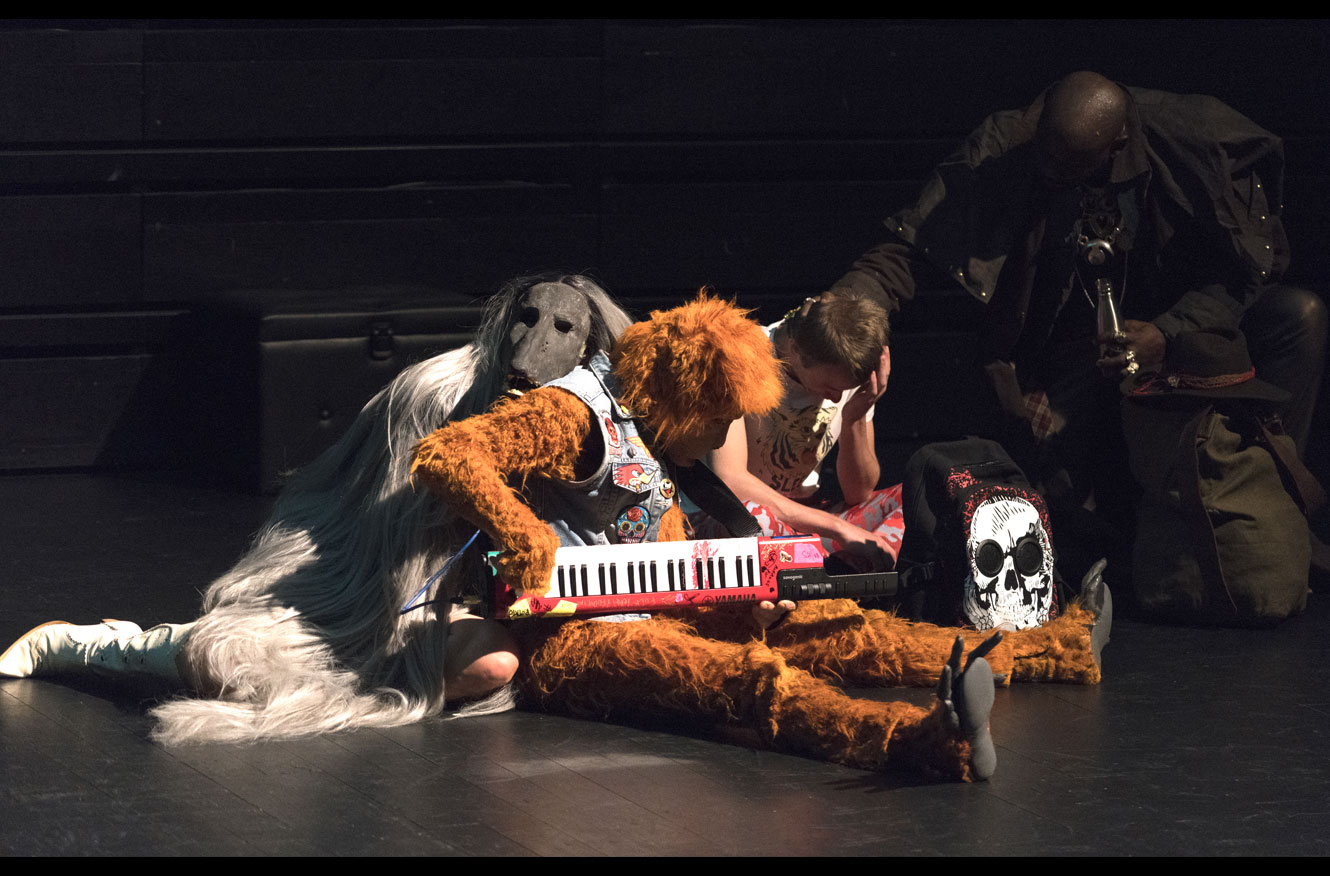 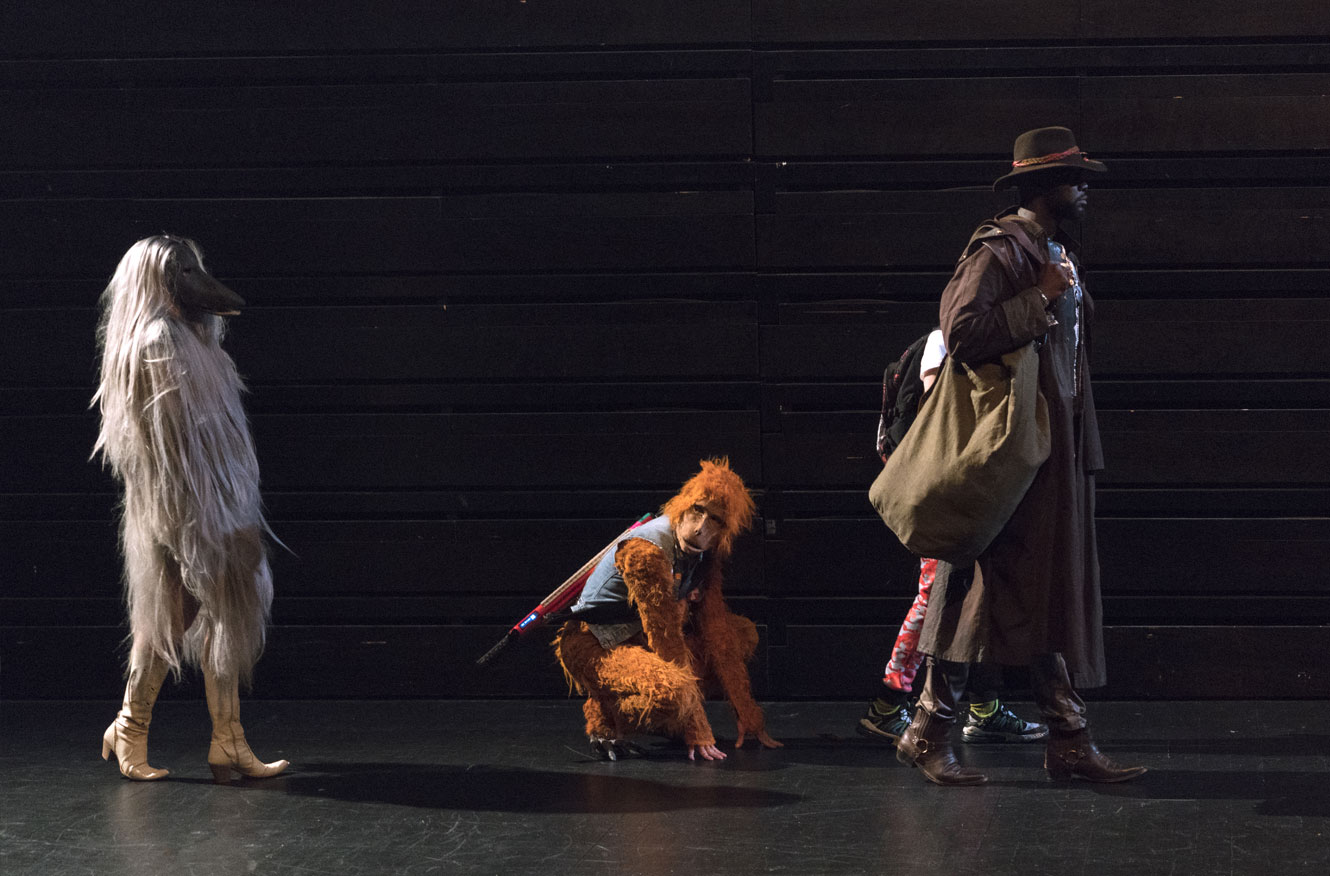 The desire to create the piece, Music all came from the will of three contemporary artists to work together for the first time. Marco Berrettini, Jérôme Marin and Jonathan Capdevielle all have a strong experience of the stage as both choreographers and directors. They also perform in their creations that usually blend dance and singing. But their worlds, distinct from theatre, cabaret and dance, did not prevent them from being interested in human weakness that sometimes appears in the performances of the actors, singers or performers, when suddenly their “numbers” collapse and they find themselves in a psychic and emotional state that overwhelms them.

Music all is a sort of a “flip” as Jeffrey Kripal would say, author of the eponymous book. As he writes, a “flip” is a “reversal of perspective” “a new real,” often resulting from an extreme, life-changing experience. An attempt of the body and the soul to point to the human being a path to mending our fractured world.

The artists share a special interest for the variety show also called “Music-Hall” in French. Temple of music, the variety show gathers visual attractions, musical numbers, feathers and glitter – it encompasses a wide number of arts, crafts and stage technological inventions – for the time of a constantly renewed show, it brings to the audience a performance of questionable variety, sometimes extraordinary, magical and mind blowing but also other times pathetic, badly imitated or stale. Its inherent monstrosity gives way to transformation by overthrowing, bypassing, confronting, poeticizing art and its very own conventions. The rhythm and tune of each variety show number serve as the fictional element that separates the person on stage from what they would be in real life. That is why the artists look at their own place in the piece, in the trio but also more generally at the place of the artist on stage with questions like: how to manage not to get caught up by the stage? Why do we go on stage one time too many? How not to fail? How not to be washed up? Who is on stage: the artist, the character, or the man? They look at the very thin separation line where the amateurs could think they are a star and on the contrary where stars could completely forget the audience surrounding them. The no man’s land of the show where careers break down swiftly but also where there is space for anonymous people to reach almost zarathoustrian moments.

The glittery world that puts the spectacular on the main stage seems to offer a space to create a piece that question the very own idea of entertainment. The artists want to create a show that would be a long extended metaphor. A never-ending cycle of destructions and resurrections during which they would perform a never-ending variety show number displaying the desires and obsessions of each of them. A borderline Whitney Houston meets a Marguerite Duras that advocates for the destruction of everything (Destroy, She Said). A Marlene Dietrich on a children’s playground crosses path with a burning professional stuntman in the background.

It shines, it tumbles, it catches itself up in an uninterrupted character movement performing a music, dance and theater piece improvised at times. We all know that as soon as some glitter pieces are missing on a dress, the whole person can look like a scarecrow, but a scarecrow can move us as soon as it starts dancing as in “The Wizard of Oz” for example. We thus imagine a lot of dying characters, at the end of their career, depressed, sick, oppressed but who could finally live an epiphany through Music all that we would be happy to stage.

Music all, as the title says, is about all music genres but it will touch especially on the world of variety show and of cabaret. The existing soundtracks will go through a shock treatment. Working with Théo Harfoush and Vanessa Court the artists plan on transforming a fast Michael Jackson hit song into a Gaetano Veloso Brasilian bossa nova or a Mylène Farmer pop song into a fifties’ Italian slow dance. They will also work on how the sound can add up to the identity of the space by creating atmospheres and out of range events. The sound will reveal the characters’ emotions and will sometimes go with them or overtake them.

The live musician on stage will have an attentive ear to the arrangements and make sure the singing is in tune and will add to the lively and improvised nature of the score and to the musical fluidity the artists look for.

Music all represent the moment when strength emerges from the unconscious and take over the performers’ bodies to make them do things with effects they do not control. What seemed to be a simple leisure task becomes a tragic-comic destiny.

A dark, abandoned service area with a children playground soon appeared as the scenography, as the ideal space to be able to embody and develop the characters. It is a place designed by men to meet all kinds of needs: the toilets, the place to eat food, the children’s playground, the gym equipment to unwind… The transit area favors brief encounters and abandonments. One can meet a musician passing by, a trucker stuntman.

The bushes at the back of the stage hide a desperately controlled nature, dirty and wild. The service area shows another face of the shining variety show mirror, that through the will of quickly making shine its stars for too long ends up displaying the weakness and monstrosity of its show business.

“Being in the depths of sadness is just as important an experience as being exuberantly happy.”
Marlene Dietrich